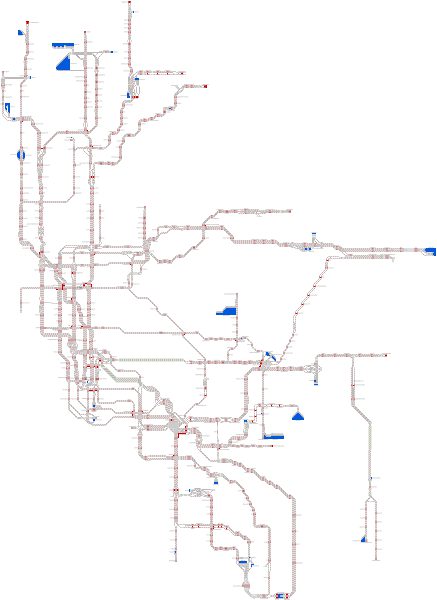 This map represents the New York City Subway system as it was in 2019. Included and with heavy detail are all 36 rail lines. I consider this an advanced simulation, due to the sheer size of the system and the large number of trains, but I hope that you enjoy this challenge (of course, IRL, no one person operates the entire system on their own!)

The Simulation:
The included timetable includes all services on 21 train services, plus the two Brooklyn express services on the F train, between 7:30 AM and 8:30 AM during weekday morning rush hour. Note that the 1, 4, 5, A, D, and E trains are not included because of both trying to add more caused Railway to crash and because of my busy schedule, which explains why certain tracks and lines never see service.

Much more information is provided on the project page