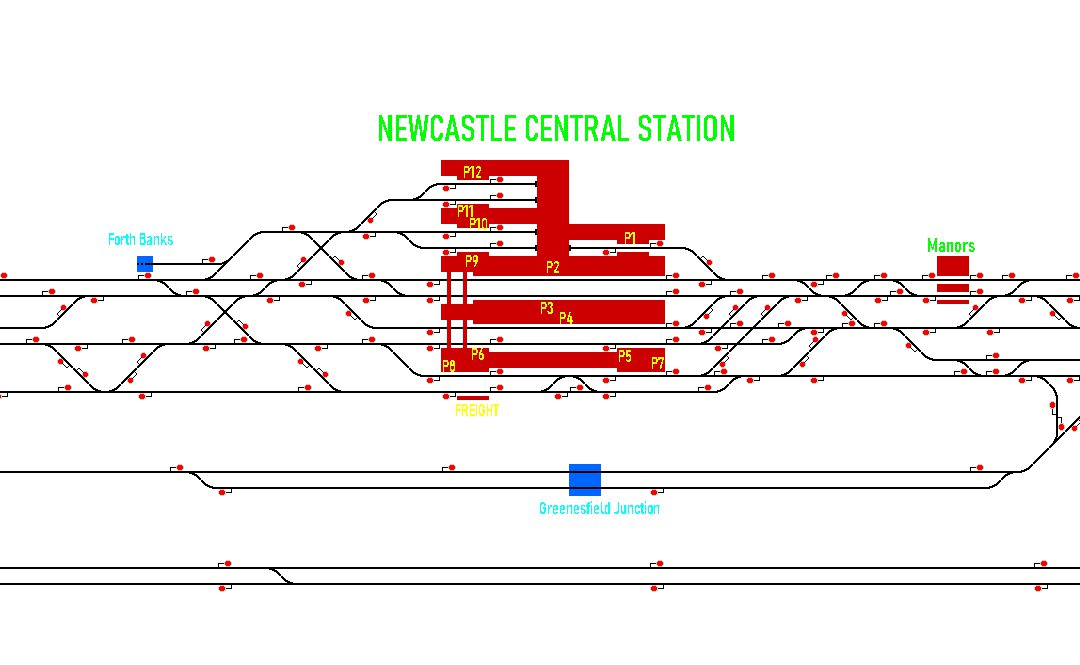 The main East Coast line is covered in this project from Berwick through to Durham. It also covers the cross country line which runs from east to west through Sunderland and Newcastle on to Haltwhistle.

To increase traffic for the sim I have then included the South East Northumberland line which was closed under Beeching but is currently being re-opened. Similarly, the Leamside line is under consideration to be opened…well its happened in this sim and the line runs from Sunderland to Durham.

The fantasy element has then taken hold and there are further old branch lines which have been re-opened, all with working timetables.

The sim layout is very simple and, on the highest resolution runs across three horizontal scrolling screens. The hope is that this makes it easily accessible for the user.

The timetable is based on the current work day timetable for Newcastle Central Station. Obviously the fantasy lines have been estimated but they have been made to synch with all ‘live’ trains.