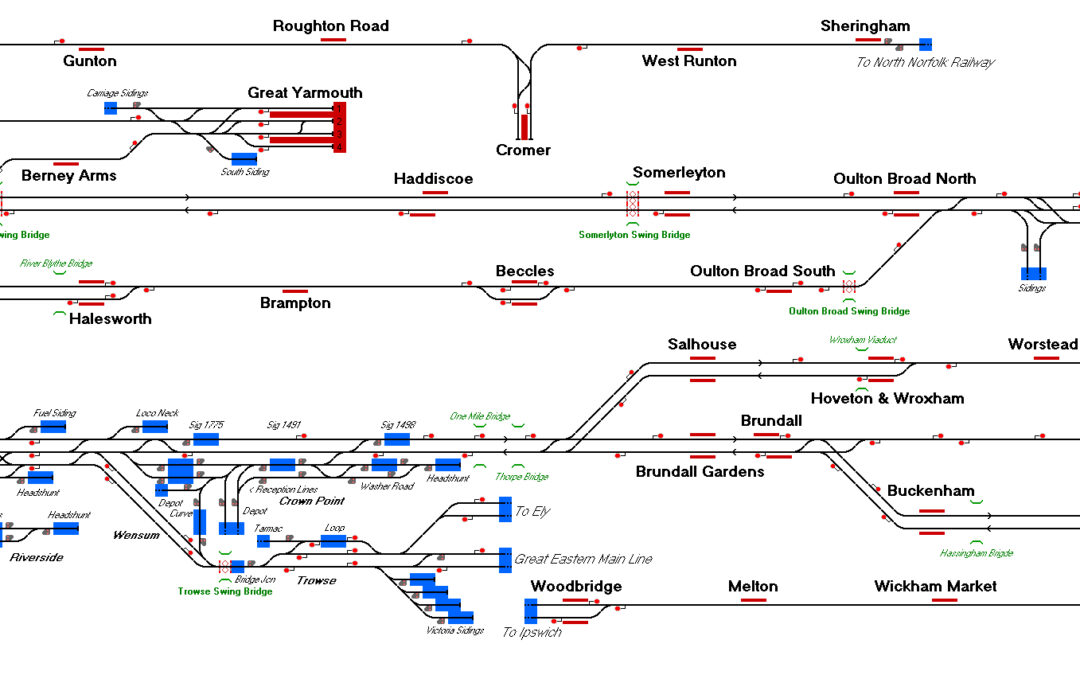 The Wherry Lines are a collection of branch lines in Norwich. Strictly speaking, only the lines between Norwich, Great Yarmouth and Lowestoft are included in the Wherry Lines, however this simulation also includes the East Suffolk Line from Lowestoft to Ipswich as far as Woodbridge, the Bittern Line to Sheringham, and a small part of the Great Eastern Main Line in the Norwich area.

The lines are formed of a mix of single-track and double track – care must be taken to ensure trains are in the correct places to pass at all times!

The Wherry Lines are rather unique in the UK for having several railway swing bridges over navigable waterways. While in real life these are typically set to allow trains to pass and only opened for boats when required, for the purposes of the simulation they have been modelled using the level crossing feature. As such, be sure not to set a route across them too early or a penalty will await at the end!

Some tips have been provided in the included documentation, detailing specifics about operations at Norwich, Cromer, Great Yarmouth and Lowestoft. It is recommended you read these before trying to operate the route.